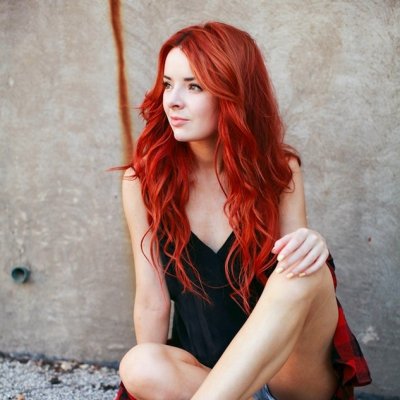 Redheads are beautiful. However, there's a lot you don't know about them. It doesn't matter if you have red hair or your crush has red hair, because you're going to love these interesting tidbits. According to King 5 here are a few facts about redheads

1. Most Redheads Are Located in Scotland

2. People with Red Hair Are Likely More Sensitive to Pain

https://media.giphy.com/media/d4v4h5yeknGY8/giphy.gif
This gene that creates red hair is the same gene that is linked to pain receptors. That's why redheads "usually need more anesthesia for dental and medical procedures."

3. Redheads Tend to Be Left Handed

"Both characteristics come from recessive genes, which like to come in pairs." That's why, if you're redheaded, you're probably going to be left-handed, as well. You're completely unique!

Here's some good news! Redheads usually don't end up going grey, like other hair colors do. Their pigment simply fades, which means their hair could eventually turn blonde, but it shouldn't turn grey.

Allegedly, Hitler thought that two redheads would create "deviant offspring" if they had children. Of course, Hitler had a lot of other horrible theories, as well.

6. Redheads Most Commonly Have Brown Eyes

Green and hazel eyes aren't out of the ordinary, but they aren't as popular as brown eyes. Meanwhile, it's rare for redheads to have blue eyes.

7. Bees Have Been Proven to Be More Attracted to Redheads

Bees know that redheads are beautiful, so they just can't stay away! Can you blame them?

8. Men with Red Hair Are 54% Less Likely to Develop Prostate Cancer than Their Brown and Blonde-haired Counterparts

This is a plus! It's why you shouldn't overlook all of those cute guys that happen to have red hair.

9. Redheads Actually Have Less Hair than Most Other People

Even though redheads tend to have fewer strands of hair, that hair is usually fuller, which is why you can't see a difference when you look at them.

Do you have naturally red hair?