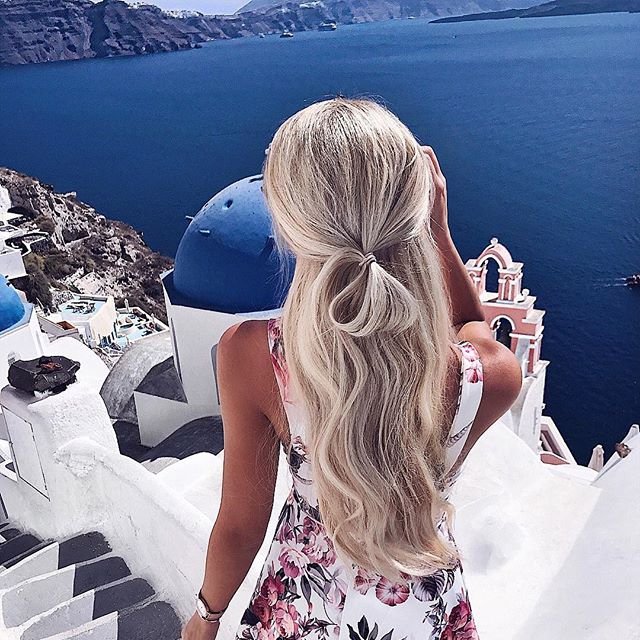 Old wives tales about hair are often a laughing matter, something to help you lighten up and share a round of ha-has while thinking about how good it feels to live in the modern world. We’ve got common hair myths but also some really bizarre and even religious one – all of which are definitely worth knowing, if for nothing else than at least just for the fun of it. But let me share a few of the most interesting old wives tales about hair and, I promise, you’re bound to find at least one you haven’t heard of up until this point.

Want curly hair? Look no further than your supermarket! LOL! Not really but hey, it would have made a really inexpensive perm! The bread-crust-for-curls myth is actually more than 300 years old and is, unfortunately, just one of many old wives tales about hair that don’t work! The bottom line – although neither of these will help your hair curl, eating them can make your mane healthier and shinier! Isn’t that a cool twist?

2. Pluck One Grey Hair out and Three More Will Appear

Or, as Sex and The City wild girl Samantha would say, “Three more will come to its funeral.” True? Absolutely not, although you might want to keep track of how many hairs are you plucking out each day. If it’s just one or two, that’s fine, but do have in mind that excessive plucking can seriously damage the hair follicle and isn’t the best road to take once your mane starts filling out with more and more greys.

3. Wash Hair in Rain Water during Full Moon to Make It Softer

Ah yeah, let’s not forget the good ole gothic myths! But the myth itself is not the strangest thing about the whole thing at all! No the strange thing is that it really works! Well, the rain-water part, at least, and only presuming that it’s clean and unpolluted (good luck finding that nowadays). Want to give it a try? Use distilled water – a much easier to come by alternative that, similar to rain water, isn’t so rich in mineral content and, as such, leaves your hair shiny, soft and buildup-free.

Your normally straight hair has started to wave and curl in the temple area? Oops! Guess hubby should get his cholesterol and blood sugar levels checked or maybe even consider accepting a full time job as a couch potato! Because, you know...one could get hit by an asteroid or have piano dropped on his head. Just joking, ladies! This old, silly belief has been out of the picture for quite some time! And for a good reason, I may add!

One common hair myth implies that one’s hair can turn bone-white literally overnight, the reason behind this sudden change being intense fear or a great loss! And while it’s true that stress, emotional pain and even some medications can speed up greying, no emotion known to mankind has ever been able to cause such a drastic change.

6. Hair Continues to Grow Even after Death

Oh man, I’ve seen this on Cold Case! Or was it CSI? Never mind, the myth is busted, has been busted for quite some time, actually! It’s not the hair that continues to grow, it’s the skin that starts shrinking, the loss of moisture causing more of the hair that has been under the skin to show. With that said, if you haven’t been sporting Rapunzel-like hair in life, you probably won’t get it in the afterlife either.

Some great many years ago, folks actually believed you can tell a lot about a person’s nature all by observing the texture and color of his or her hair. Redheads were, therefore, considered quite jumpy, people with thin hair were seen as cunning and even somewhat bad, while curlies were all fun and games, of course. Needless to say, this was before hair extensions and perms were thrown into the game.

What other old wives tales about hair do you know about?