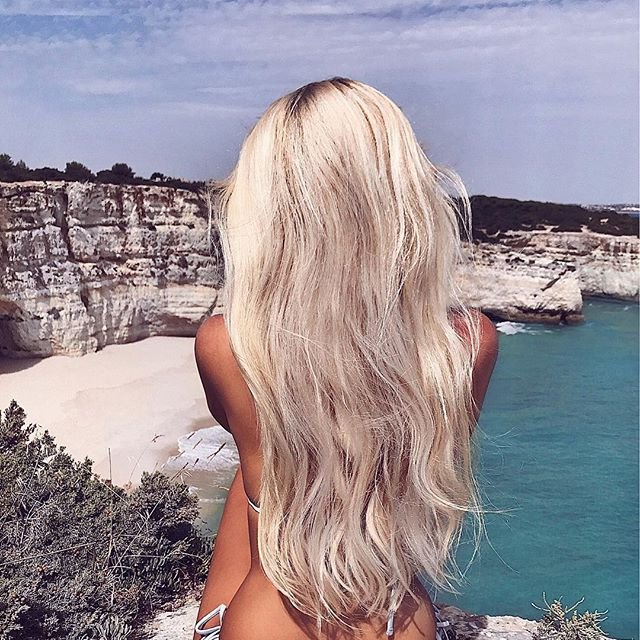 Blonde hair myths, like most other myths, aren’t really true but are fun to read. And since blondes happen to play a lead role in most stereotypes and misconceptions, you can only imagine how hilarious the fusion of all of these can be! But wait, why imagine when you can have it in black and white? Check out these blonde hair myths and tell me what you think about them.

From Marilyn Monroe to Paris Hilton – blondes are somehow always considered to be double sexy and zero brains! But is it really true? Of course not, scientists say, confirming that this most popular of all blonde hair myths is completely false, at least when it comes to natural blondes! They have, however, discovered that peroxide is not the best thing to be feeding your brain with, justifying these claims with a series of tests conducted on dyed and natural blondes which proved the latter category uses gray matter slightly better. My opinion? They must have chosen wrong test subjects! I’m off peroxide since early 2009 and, honestly, this hasn’t made me any smarter! For all I know it may be the other way around.

Blonde bombshell is every man’s dream, is it not? Well, the research says “No,” revealing a very interesting fact. And while we all believe blondes are the busy bees that have been stealing all fine, eligible men, it’s redheads who are actually getting most of the action! Yes, ladies, no need to hate on your fellow blonde because, unless she’s a fiery redhead by nature, the chances are she’s just as single as you are. Ha, I really didn’t know about this! What about you? Do you believe it to be true?

3. Natural Blondes Are an Endangered Species

Well, this is one blonde hair myth that actually happens to be confirmed as true! Scientists predict natural blondes will disappear in less than 200 years, all due to the fact that the blonde gene almost never gets to dominate in the blonde hair-dark hair couplings. Children born between a naturally blonde and naturally dark haired person are going to have dark hair in most cases, which of course causes the number of natural blondes to recede by the hour! But wait, what about the blonde gene resurfacing in the next generations? Did they consider this? It has happened in my family and I seriously doubt we’re super special!

This myth about blondes is so popular and well-known we’re most likely to take it as a fact without even thinking it through. But statistic data tells a whole different story! Turns out more than 70 percent of men are choosing dark-haired women to settle with! Say what? No way! Most of the blondes I know are either happily married, happily engaged or in a meaningful happy relationship! I might be brainwashed into accepting statistic readings as correct but I really refuse to believe blondes are that inferior to dark haired women.

One British newspaper has published an article based on a research that allegedly claimed blondes are really spoiled ice queens used to having it their way. American newspapers found it interesting enough to republish and what do you know, a new blonde hair myth was born! It later turned out the research had nothing to do with blondes but beautiful people in general but you see…that probably had not been much of a newsflash.

Well yes they are, at least if we’re talking about natural blondes! It turns out natural blondes make only 4 percent of the world’s population and are equally sparse in pretty much all corners of the Earth. An interesting fact is that there is a New Guinean tribe with totally blonde hair and they are actually the only dark skinned group with such naturally light hair. Fun, huh? Well, it wouldn’t be fair to learn nothing from this, right?

Again, one of those myths about blondes that may turn out to be somewhat plausible. You see, blonde hair turns darker as the person ages and the color of blonde’s hair used to help primitive men determine woman’s age and, therefore, fertility. Modern men have no use for such things and would probably die of mental overload should they go back to their roots, all thanks to a wide variety of bottled goodness women use. They still have a small portion of that primal stuff etched in their genes and would assume a blonde is younger than her dark-haired friends even if they are of the same age. Did you hear anything about this before?

Any other interesting myths about blond hair out there? Feel free to jump in!